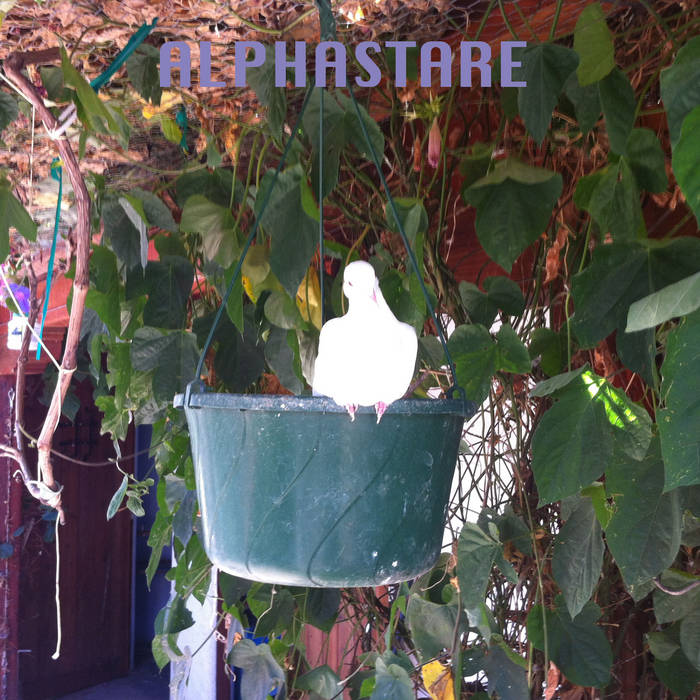 When I  When I  listen to Alphastare, to get the full effect I have to have headphones on because there is so much going on. Its likes an emotional Spaghetti Western, Ennio Morroricone. It has a nice drift both acoustically and electrically Its easy to get lost in it. Even if you’re just doing something like typing.

Musician/Artist/ Silk screener. I spend my free time painting and rabidly searching out and discovering new/old music. Big vinyl collector, but I still partake in the digital world when I have to.

I grew up in Buffalo, moved to LA in ’96′ and played with seminal punk band The Flesh Eaters (recorded as well as co-wrote some of the album ‘Ashes of Time’ (2000). Also worked with my band The Alphastares which disbanded when I moved to San Francisco in 2004.

In San Francisco I’ve continued playing music and I’ve printed a zillion t-shirts for various shops until branching off to start my own print shop called The Little Black Egg.

My final assessment of this album is that I feel like I’m traveling somewhere in aviary in South America, it’s late at night and something is laughing at me. I think the physical copy of this is numbered with art work that sounds amazing in limited quantity. I remember a day when musicians would send me discs with copper foil and intricate layouts and sounds,  the things would be hand painted. Those were the days. I’m glad to see people are still with an attention to small details. Its things like this is what makes a guy like me stop listening to radio. Craftsmanship seems to be gone..

Check out ALPHASTARE you won’t be disappointed.